On November 29, the award ceremony for the "2019 JMA International Jewelry Design Competition" was held at the "16th Executive Council Inauguration Ceremony and 31st Anniversary Dinner" of the Hong Kong Jewelry Manufacturers’ Association. That night, the Kimberlite Diamond designer's new work "Dancing Alone for the Rest of My Life" won the Merit Award, and "Vale Orchids" and "Dancing with Myself" were finalists in open group. 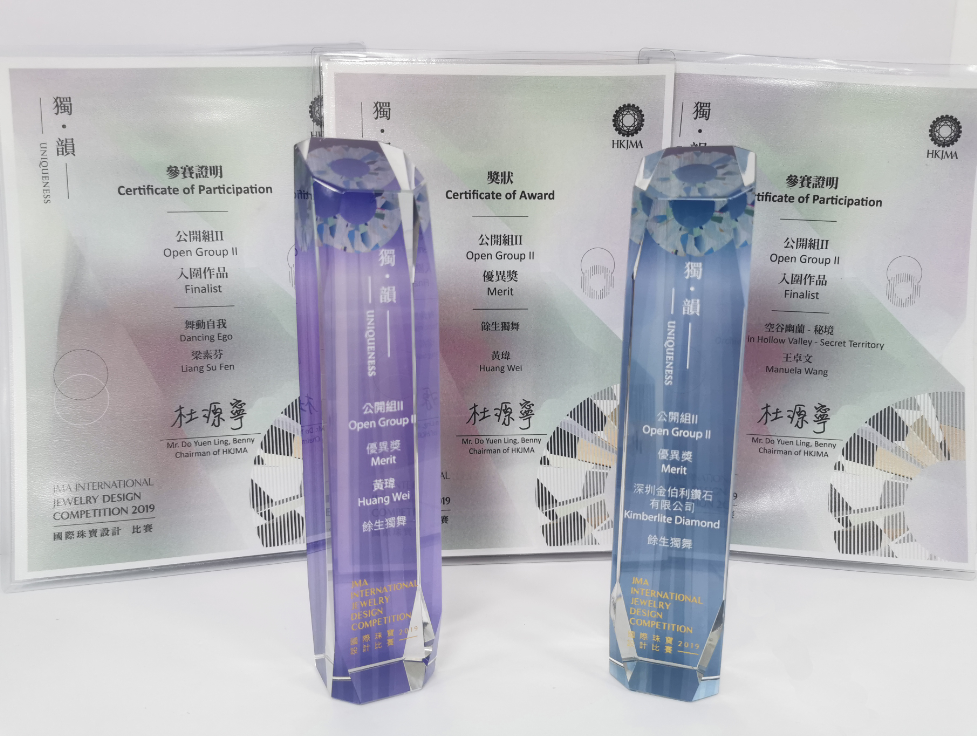 The competition's theme was "Uniqueness", which is derived from the Chinese idiom "Jiang Xin Du Yun” (“show one's own craftsman’s originality”),which signifies original ideas, ingenious craftsmanship, innovative designs, and exquisite artisanship. It also symbolizes the unique advantages of Hong Kong jewelry in the international market. The organizer hoped that each piece of jewelry would have its own unique charm, allowing it to be worn on different occasions and show the wearer's extraordinary qualities: a fashion intelligence, or grace and luxury.

According to the data, the number of submissions for this year's competition was nearly 500 more than last year. Designs works were submitted from all over the world, all of exceptional quality, showing the collective effort of designers everywhere. In terms of everything from design concept and artistic aesthetics to material mix, these pieces demonstrated endless originality and closely echoed the year’s theme. 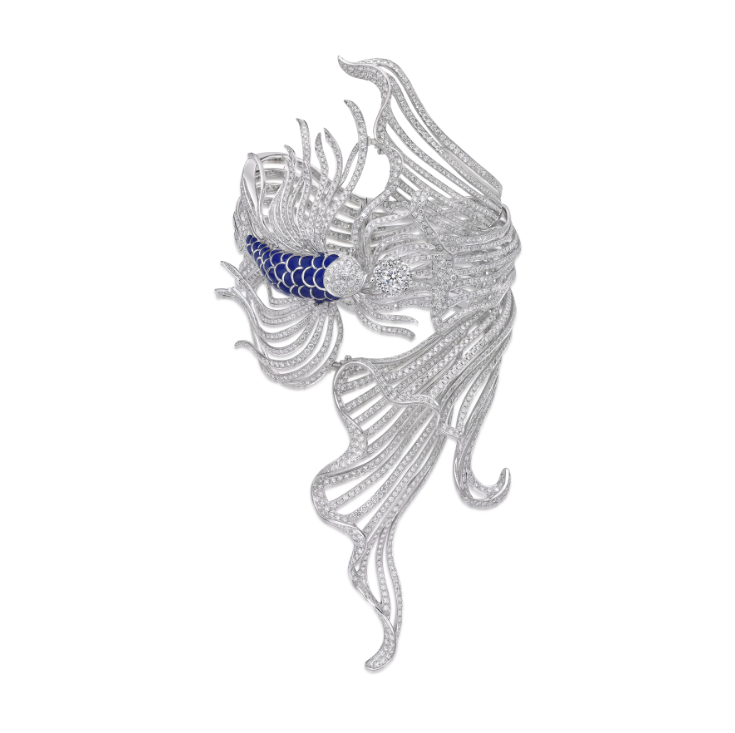 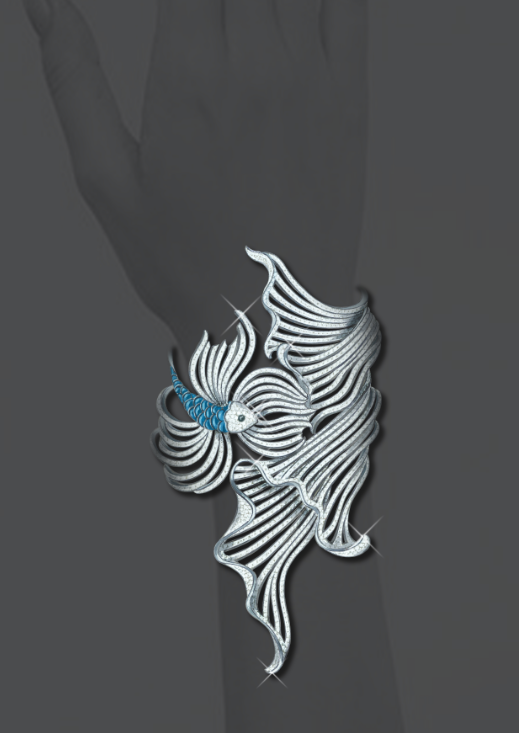 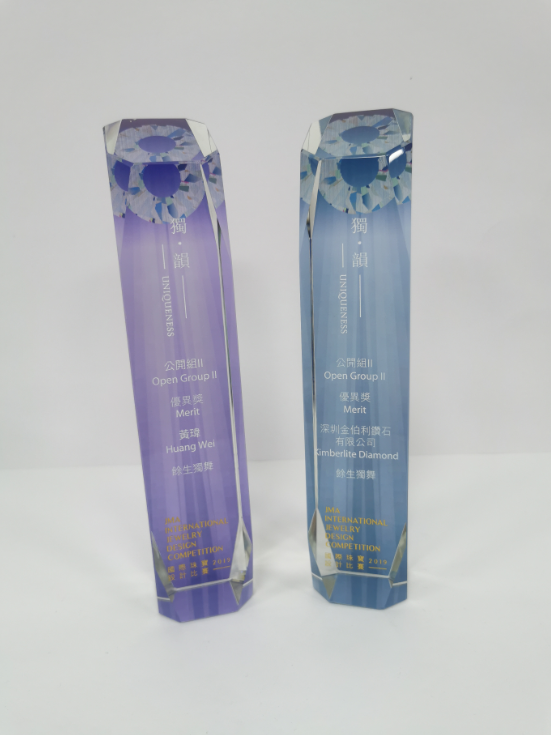 “Dancing Alone for the Rest of My Life” uses the vivid shapes of fins and fish tails as design elements to depict the joyful scene of fish dancing in the water. The arowana, throughout the millennia of Chinese history, has symbolized both the grandeur of indulging in landscapes and the pleasures of leisurely travel. 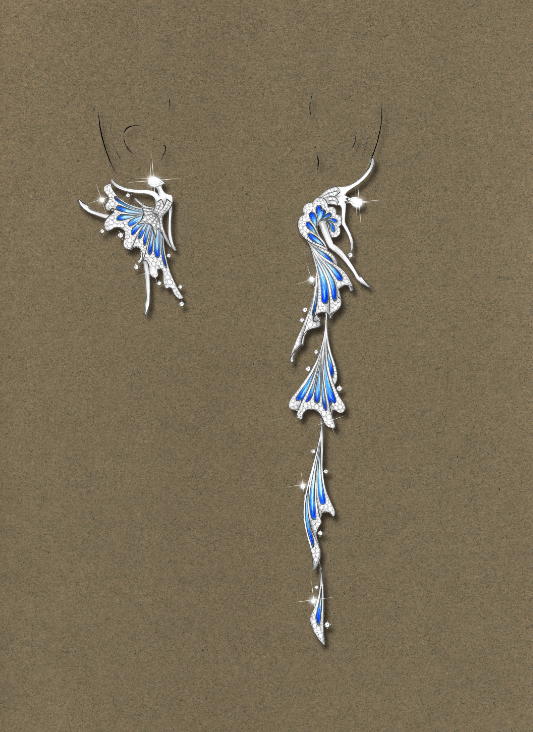 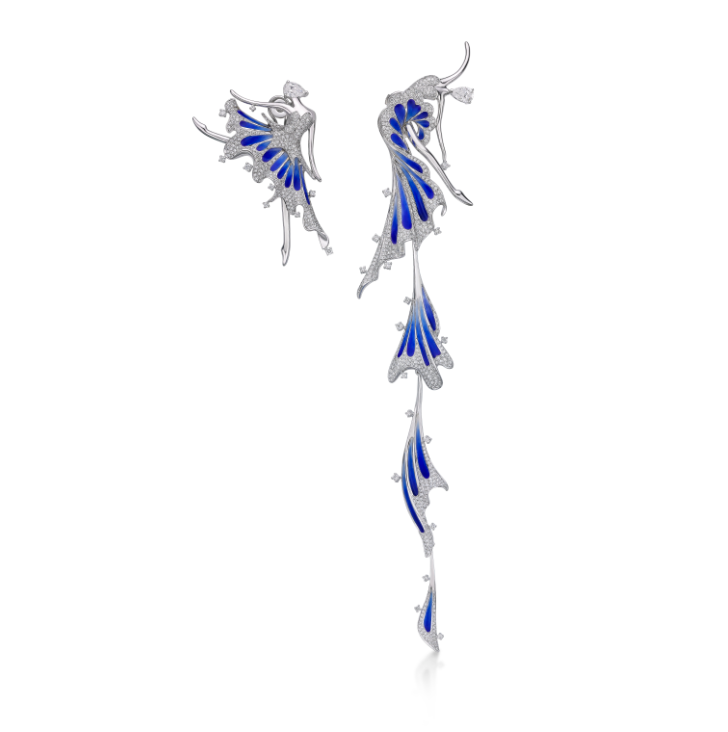 "Dancing with Myself" is modeled on a slim, beautiful dancing girl with a graceful posture, and possesses a unique charm. 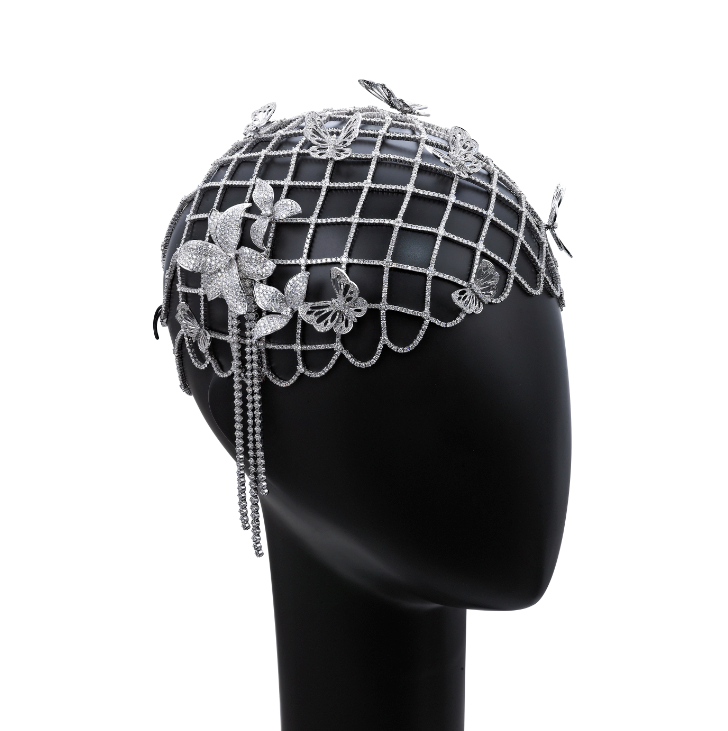 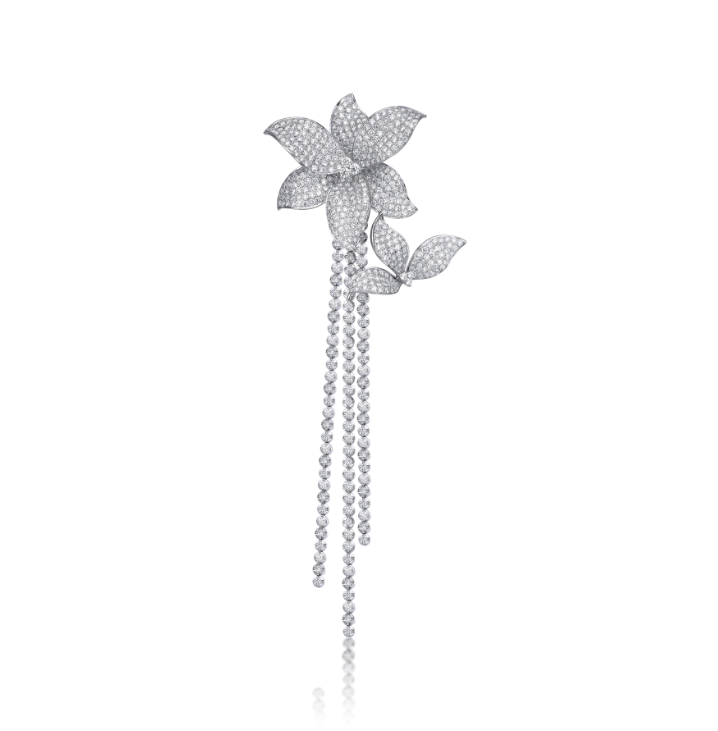 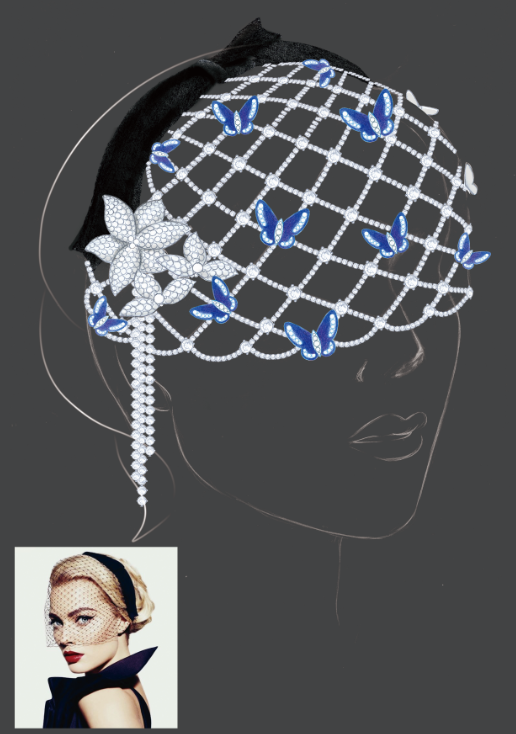 Kimberlite Diamond’s“Sky Valley Orchid-Mystery” sketchThe creative inspiration for "Vale Orchids - Wonderland" is taken from the Song Dynasty fan painting "Autumn Orchid Blossoms". Using orchids as a design element, it expresses the spiritual cultivation of the line "As the orchid is long unchanged, so myheart forever unchanged". The body design of the headdress uses engraved diamonds to express the clean elegance of the orchid, and is decorated with a fluttering butterfly, highlighting the refined character and unique charm of the "Vale Orchids".

Kimberlite Diamond has always believed in the mission of promoting diamond culture, and uses extraordinary skills and innovative spirit to create culturally significant diamond art works. Winning these awards from the JMA International Jewelry Design Competition both demonstratedthe brand's first-class research and development capabilities and adds another jewel to the company's crown, and also added a powerful element of color to the award ceremonies.